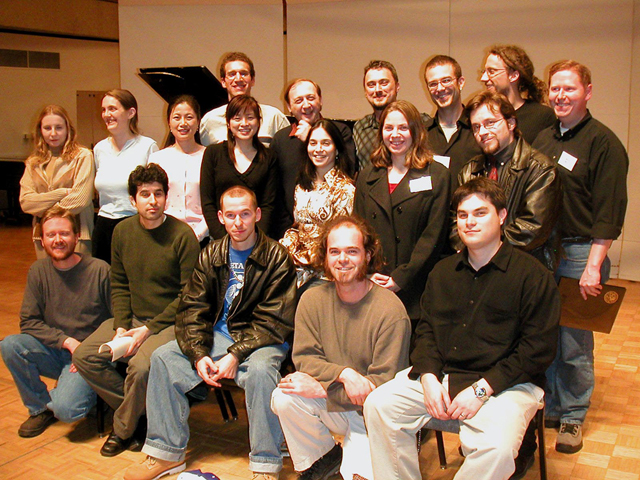 The last concert of the Student National Conference at University of Iowa led off with three premiers: the commissions written by the winners of the 2003 Student Commission competition. Jeff Meyers’ Concertino for nine performers was, as the title said, a little concerto for piano, and brilliantly performed by pianist Caleb Harris. The huge battery of percussion and the percussive solo part drew upon the Kulintang gong music of the southern Philippines. The driving rhythm of the piece (the “solid rhythmic grove” according to the composer) could have easily gotten away from the ensemble, but the performers were perfectly controlled by conductor David Gompper. This was a major piece, lasting over 20 minutes, and David was in perfect control—holding back at certain points, pushing at certain points—to produce a stunning performance. For my money, this was the main piece of the conference. Jeff is at the University of Michigan, and his Sonic Circuits VI is available on the SCI CD Series.

The first prize piece was The Time Being, by Orianna Webb. This was a serene piece for four instrumentalists (clarinet, violin, violoncello, and piano). The steady, almost rolling meter underpinned long lyrical lines that would be very accessible to any listener. The effect was almost mesmerizing which made the ending surprisingly abrupt, yet not unsatisfying. One of Ms. Webb’s degrees is from the Cleveland Institute of Music, and she will be teaching composition there for part of this year.

The third piece was d’ogne luce muto for solo piano by Dimitri Papageourgiou. Dimitri was missed at the conference, but he was in Greece and unable to attend. This was the most inaccessible of the three winning commissions. However, the over-all cold, remoteness of the piece was strangely beautiful, like slow-moving crystals of which you would like to see more. While in the U.S. Dimitri studied at the University of Iowa and was active in the Midwest Composers Symposium. His music has been performed extensively in Europe.

Please note that the opinions expressed are my own, and I hope others at the concerts will join in with their take on this excellent conference. Kudos to Joe Dangerfield, conference host.
Gerald Warfield 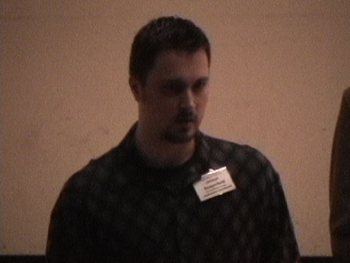 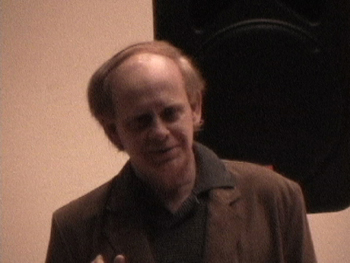 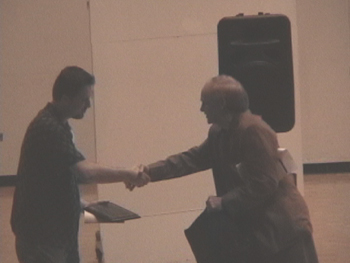 Tom Wells presents Joe Dangerfield with a citation of thanks 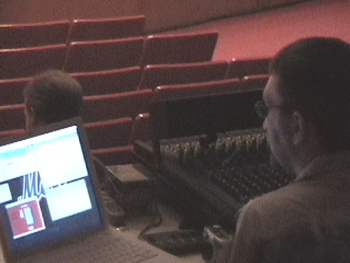 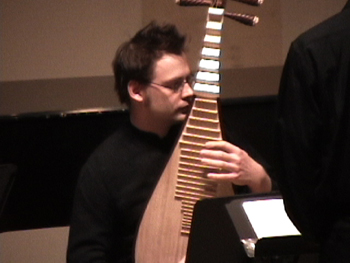 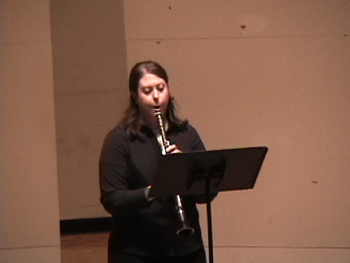 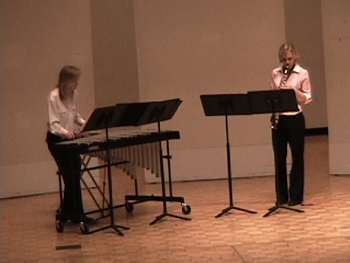 Just a quick note to let you all know our 6th Student Conference was held at the University of Iowa April 2nd and 3rd. Conference presenter Joe Dangerfield did a terrific job organizing, programming, and supervising the event, which came off flawlessly. Congratulations, Joe! This is Joe’s SECOND Student National, which puts him in rare company in SCI’s “pantheon” of conference presenters. The quality of works presented was very high and professional, and nicely varied in style, genre, and instrumentation–a student conference in name only. Better young professional. The University of Iowa School of Music certainly lived up to its reputation of performance excellence (and then some). The presence of guest composer Vladimir Tarnopolsky from the Tchaikovsky Conservatory in Moscow as guest composer was a wonderful addition to the program. Special thanks to David Gompper for his support–musical, inspirational, and financial–of the conference.